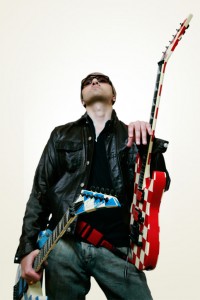 Dave Sharman is a critically acclaimed British guitar virtuoso and one of the world’s top rock guitarists.

Alongside his blistering guitar skills, Dave is also a singer / songwriter, multi-instrumentalist and producer.

Although his main genre is rock, he often cuts across and blends genres, yet it is more than just fast and fancy playing as he has always remained true to his classic rock roots, with exceptional musicianship and song writing all driven by his own brand of flair and creativity.

Dave started his career as a self taught teenage guitar prodigy and was invited to play a session on the much coveted ‘BBC Radio 1 Friday Rock Show’, hosted by veteran rock DJ Tommy Vance and later hosted by Iron Maiden frontman Bruce Dickinson.

The Rock Show was for many years the UK’s top source for rock and heavy metal. Each week the show had a studio session or live performance, and had featured artists such as Led Zeppelin, Deep Purple, Def Leppard, Uriah Heep, Rush and Genesis to name but a few.

A band including ex Deep Purple keyboardist Don Airey was assembled to back Dave’s guitar work. The session included four original tracks all written by the young Sharman: Spellbinder, Pandora’s box, Torch The Tower and Flight 212.

During the airing of the session Vance sounded out record labels declaring the teenager “a real world beater” and “a virtuoso, wizard of a guitar player”. 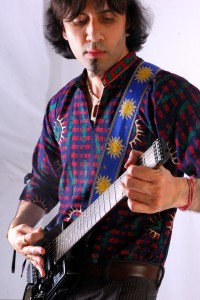 Soon afterwards Dave’s debut instrumental guitar album ‘1990’ was released to rave reviews on both sides of the Atlantic and across the globe. His precocious debut saw him take on songwriting, production, bass and drums alongside guitars.

Dave received nominations for several awards including US magazine, Guitar For The Practicing Musicians – ‘Guitar God in waiting’, the publication’s Pete Prown added “he’s probably the finest guitarist to emerge from the European continent in decades and could well single handedly redress the international balance between Europe and the US”. Kerrang Magazine added “Dave’s debut ’1990′ is infinitely more pleasant on the ear than Steve Vai’s Passion and Warfare”. 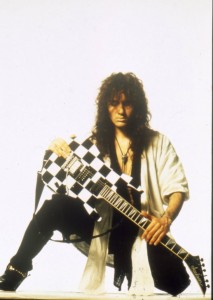 Dave was also invited by Sting and Police manager – Miles Copeland to complete the lineup on ‘The Night Of The Guitars II’ tour featuring eight of the world’s leading guitarists including Robin Trower, Ronnie Montrose and Jan Akkermann. The European tour came to a close in London and Dave immediately set to work on the follow-up to ’1990′.

EXIT WITHIN AND HERE ‘N’ NOW

Determined to push the boundaries of rock guitar even further Dave ventured into new and unexplored territories to produce his second studio album ‘Exit Within’, which also saw a move away from pure instrumental guitar led work to a more traditional song based approach. The ten-track album included four vocal tracks alongside six instrumentals. During his time with Gillan, Dave befriended bassist Neil Murray and invited the former Black Sabbath and Whitesnake man to play bass on the album. 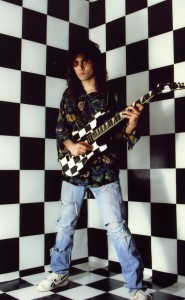 Soon after the release of ‘Exit Within’ Dave began work on his much heavier third studio album ‘Here ‘N’ Now’. Production duties were given to Kit Woolven, who has been responsible for many a classic track with the likes of Thin Lizzy and UFO. The ten-track album included seven vocal tracks, with Dave establishing himself firmly as a songwriter.

Alongside his three studio albums, Dave has also released two compilations Dave Sharman – ‘The Best Of Vol I‘ and ‘Vol II’, featuring 20 of his best loved works.

Dave’s fourth studio album ‘Evolution Machine‘ was released in 2013 and the ten tracks showcase Dave’s exceptional guitar skills. He has also for the first time taken on lead vocals, alongside production and all the other instruments.

The material remains guitar driven, featuring a hybrid of influences incorporating other genres such as: funk, eastern and classic rock. 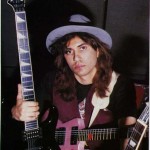 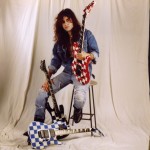 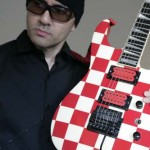 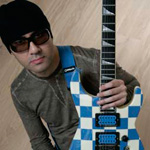 Dave has an extensive guitar collection, however, his favourites are: